What's on your mind?

Recently the counter seems to be not working properly. Any idea? I saw the same issue in another wikia too.

Hey guys, I'm new here and to all this wiki editing stuff but I wanted to help.

Do you guys have a group or something where ppl join to discuss the novel and to build the wiki together?

Well in some chapters back of the manga feng raped a girl I want to know does he redeem himself for this mistake?

What are the 7th, 8th and 9th colors of Chu Feng's Heavenly Lightning? 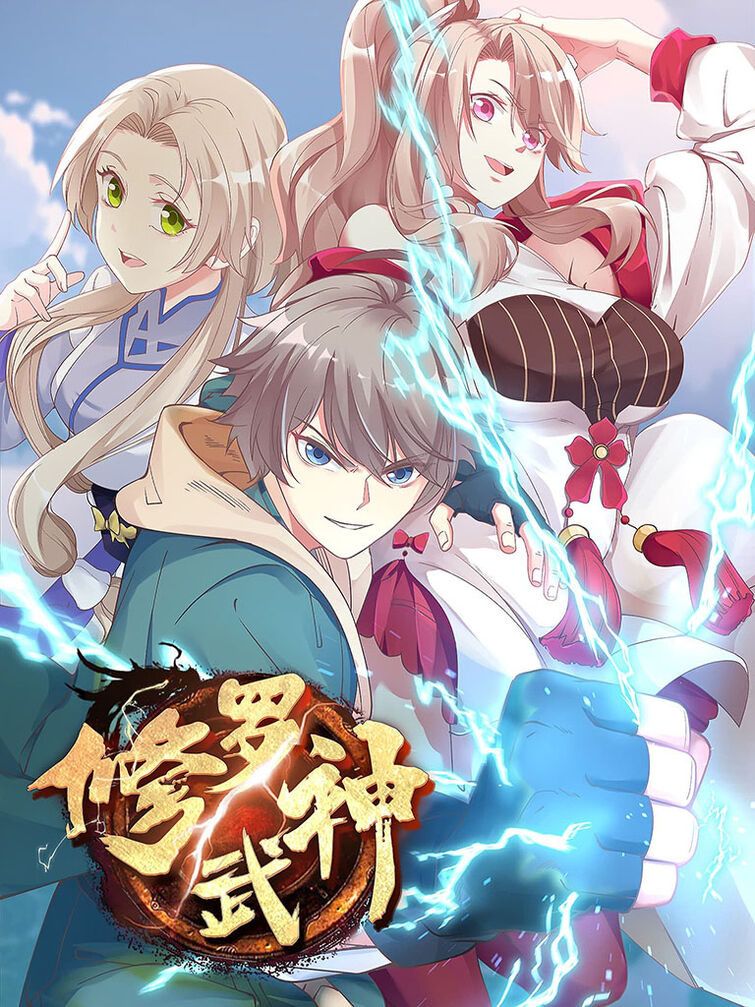 “Sure enough, that Chu Feng is his son?”

“You go to Ancestral Martial Galaxy to inquire, won’t you know?”

Who is? And what about Chu father?

Could someone explain who Lord Mucheng is, her relationhip with Qing Cuantian and why she waants to find the heaven eye? Also could someone explain the "millions of evil asura spirits contracted with god" and how Chu Feng increased his cultivation with it?

Now that he is revealed to be a True God, its pretty much possible that he is affiliated to Hidden Dragon Martial Sect, right?

Is it true that his wive got fucked by other dude?

Some people say it in the comment, some say it not true but does not give proof.

Su rou and su mei got banged by qing xuantian ? yes or no ?

Zi ling got banged by other dude ? yes or no?

Just answer simple as that

When did Zi Ling lose her virginity to Chu Feng?

I have a question for readers of this book.

ZhaoHong fights his enemies to get revenge, but She is weak and faces a crisis.

CF uses level-up items that risk losing his life to save ZhaoHong.

How do you guys think of this behavior of CF?

I can't quite understand the behavior of CF.

ZhaoHong is, of course, close to CF, but is the CF enough to give up his life to save ZhaoHong?

CF does not have a master plan at all.

For example, CF hears her mother's story and vows to become strong in order to rescue her as soon as possible.

But CF has no plans to get stronger.

He wander around to get treasures, but he is willing to yield them even if they have a little friendship.

Also, when faced with a situation where he has to give up his life for others, he gives up his own life in all cases.

However, most of the choices that CF makes to give up his life are not worth it.

I think ZhaoHong is one such case.

If ZhaoHong is a CF's lover, I can understand.

But ZhaoHong is WQ's lover.

I think that even if the CF is close with ZhaoHong, they were together only for a while, and they are not in a relationship to help each other by giving up their lives.

ZhaoHong has an unjust grudge, but that is ZhaoHong's personal situation.

If ZhaoHong gets unfortunate, I understand that the CF will solve ZhaoHong's grudge later when he becomes capable.

However, I cannot sympathize with the act of CF giving his own life to save ZhaoHong's life.

I feel like the author has the emotional and mental age of a middle school student.

Because middle school students generally do not have a master plan and do not consider rational choices.

CF is the main character of this novel.

The brainless behavior of the main character puts the reader under stress.

I think the author writes in a very annoying way.

Is my emotion too dry?

am i so nervous?

Song Luoyi and her connection with Hanxian is somewhat unraveled in 4986. anyone has more details on it?

I think the writer has a rather low intelligence.

CF, according to the novel's setting, possesses the highest level of talent.

He grows through the highest level of talent and many trials.

The CF's level is the result of that process.

However, the CF's friend and the heroine are not possessing great talent.

These make CF's talent ordinary and CF just an idiot.

Why does the writer make CF stupid?

The author intends to keep the sub role characters, but he only realizes his intentions by making CF a fool. So the author's intelligence is low.

Even if their level goes up, they don't give any advantage to CF.

They are just trouble makers that cause problems.

However, when the treasure comes out, CF yields to share it, or they get something better than CF. The author fell ill with a serious illness. The disease of being a good hero.

All of this is really boring.

“I’ve lived for over a million years already. How old are you to call me little girl?” - Chapter 3572

Regarding to test Nine Levels Heavenly Lightning Steps at 20th versus 30th years old, might it be at 30th-y-o with higher cultivation level easier than at 20th's?

If yes, should they wait to test at 30th year of age that'd be better, I guess.

Chapter 2955 - With A Lion For A Father, The Son Cannot Be A Dog@Wuxiaworld_Ltd

When is CF going after he finishes all problems in HLG and 9SG?

Personally, I hope he goes to the divine body galaxy to train his divine body, what do you think?

At first chu Feng didn't fear anyone killed many enemies now after 2600 chapters he doesn't kill anyone wtf those enemies who wants to kill him he forgives them.i enjoyed the novel 1-2500 chapters beacause he kills his enemies now I feel like I should just drop this novel 😞