Chu Feng is the main protagonist of the novel Martial God Asura. He is a member of the Chu Heavenly Clan of the Great Chiliocosm Upper Realm located in Ancestral Martial Starfield of the Holy Light Galaxy.

Struggling for resources, Chu Feng's adventures bring him all over the Starry Sky. He meets new people, unfolds secrets and faces events that will push him into a path of endless fighting, tragedy and unending revelations.

Chu Feng strives to become powerful enough to protect the ones close to him. He can be very ruthless and cold hearted and has no qualms eliminating anyone who tries to harm him or his kin.

At age 10, Chu Feng enrolled in the Azure Dragon School. A month later, the seal placed on his bloodline by his father dissipated as a result he was struck by a Divine Lightning which infused the 9 Colored Lightning into his Dantian. Due to this, his cultivation advanced slowly and even came to a halt as it now required him monstrous amounts of Cultivation Resources.

He still has to fully unseal his spirit bloodline which was sealed by his mother in various layers, with the first seal broken at age of 15 by Azure Dragon Founder who thought it was he who infused spirit power in Chu Feng. 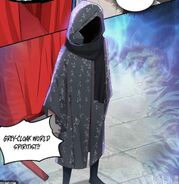 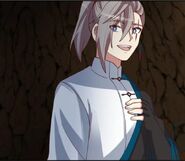