One of the four sea regions, rumored to be the strongest among the four. It has a Heavenly Road that opens once a year that leads to the Holy Land of Martialism. Bigger than the Nine Provinces. Contains experts up to Martial Kings. Very rarely, there are a few Half-Martial Emperors experts.

“The track of the Ancestral Martial Lower Realm’s Stairway to Heaven’s teleportation has already been changed. Unless the Stairway to Heaven that you mentioned was set up by an extremely powerful person, unless that Stairway to Heaven was able to conceal itself from everything, it would still lead to the Hundred Refinements Ordinary Realm,” Chu Xuanyuan said. ch.2137 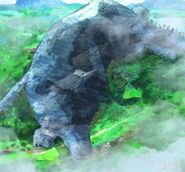 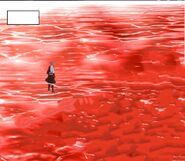